Manchester’s newest design-led hotel, Hotel Brooklyn, is now open right in the heart of Cottonopolis (on Portland Street). Designed by Squid Inc, the name Brooklyn was inspired by the New York Borough – chosen for its resonating similarities to Manchester: its buzzing industrial growth and powerfully vibrant identity and culture. The 189-room hotel, which opened on Valentine’s Day, pays homage to Brooklyn’s history from early 20th century to the present day, and is a pioneer in accessible design – leading the way in Europe with its adaptability features: a trailblazer in accessible, sexy and modern design for all.

The aesthetic of the 189 bedrooms have been inspired by Brooklyn’s loft spaces, peppered with immaculate features that favour quality and high-spec finishes. Beds have brass adornments, while Turkish rugs have been designed to contrast with the concrete walls. Bathrooms have been cleverly-angled to allow their back walls and semi opaque windows to look out across the bedroom, while street art wall features finish off the bold design direction. 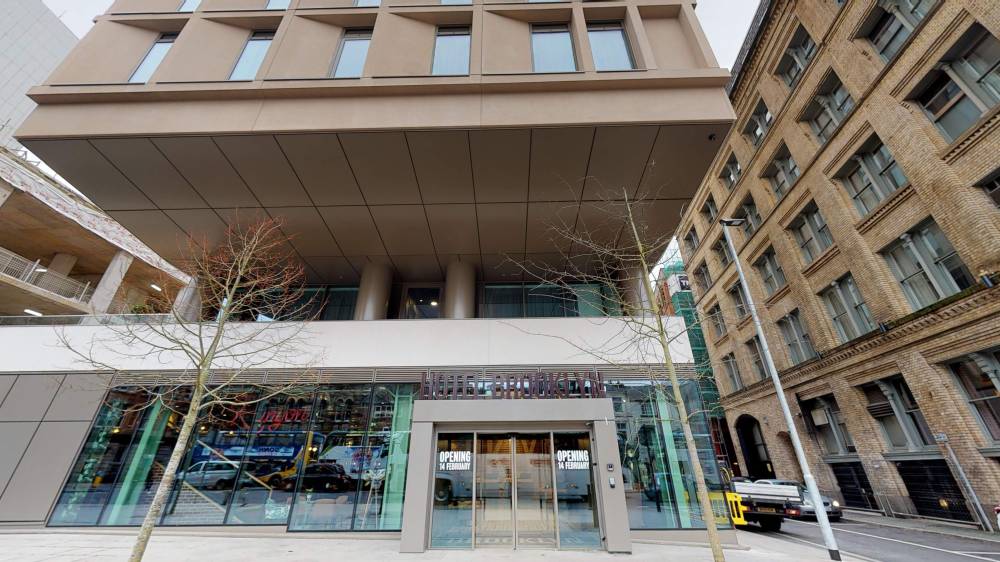 Olly Redfern, Lead Interior Designer of Squid Inc says “it was an honour to work with Bespoke Hotels again on creating another iconic Manchester hotel with a strong identity and character. Weaving the lines between Manchester and Brooklyn is a bold and inspirational project that draws many parallels and it was incredibly fun to do, partnering with some of the best local suppliers to create the finished look.”

“I am delighted to be leading the team at Hotel Brooklyn, as we look to make an immediate impact across Manchester and the North West”, added Paul Bayliss, recently-appointed General Manager of Hotel Brooklyn. “I have kept a close eye on the success of Hotel Gotham in recent years, and have a deep affinity for the city, so I’m excited by the challenge of making a similarly positive impact here. We look forward to welcoming guests to Manchester’s little piece of the Big Apple”.

“We are thrilled to have secured this fantastic site in the heart of Manchester’s historic industrial thoroughfare of Portland Street”, commented Robin Sheppard, Chairman of Bespoke Hotels. “We believe Hotel Brooklyn is a perfect fit for Manchester, not solely in terms of the architectural grandeur and convenience of its location, but the abundant character and feistiness of the city. Portland Street is experiencing a regeneration as the hotel strip of the city”.

Nightly rates at Hotel Brooklyn start from £130 for a Club Room on a B&B basis.